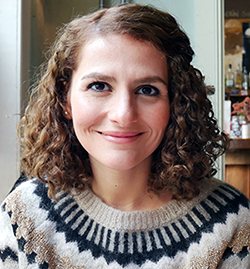 Sarah Riazimehr was born and raised in Tehran, Iran. She completed her bachelor studies in Electrical Engineering at the Amirkabir University of Technology – Tehran Polytechnic, Iran.

Due to her passion for complex engineering topics and the interest in the field of semiconductors, she moved to Stockholm, Sweden for her Master studies in Nanotechnology at Kungliga Tekniska högskolan (KTH), where she took her first steps in cleanroom manufacturing.

After finishing her Master studies at KTH, she worked for almost an entire year as a research engineer at the department of applied physics in the Nano silicon group. 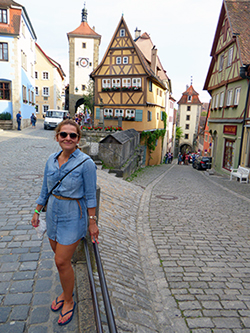 In June 2013, she joined the group of Graphene based Nanotechnology in University of Siegen, where she started her PhD studies under supervision of Prof. Max Lemme. Since then, her main focus was entirely on scientific research activities based on graphene and other 2D materials for optoelectronic applications.

During her PhD studies, she acquired experience in fabrication as well as electrical and optical characterization of photodetectors based on 2D materials.

Following her supervisor Prof. Lemme, she moved to the RWTH Aachen University in April 2017, where she continued her PhD studies at the department of Electrical Engineering, which is collaborating closely with AMO GmbH.

She handed in her PhD thesis in September 2018 and succesfully defended it in August 2019 at RWTH Aachen University, obtaining the title Dr.-Ing.

In March 2019, Sarah joined Micronit GmbH, where she worked as technical project lead and senior process engineer in several prototyping projects, focusing on the development of emerging sensor technologies and integration in applications, such as lab-on-a-chip, POC (Point-of-Care), portable devices, automotive industry, and optical transceiver.

In February 2021, Sarah started her current role at Oxford Instruments Plasma Technology as researcher in residence. In this position, she runs Oxford Instruments activities within the 2D Experimental Pilot Line project (2DEPL), which is funded by EU graphene flagship. The focus of 2DEPL is to assess the readiness of 2D material-based devices for industrial-level production levels.

Graphene in the News

About the Author:
Sarah Riazimehr

Manage Cookie Consent
We use cookies to optimize our website and our service. You can accept all cookies or make your individual selseciton and save. Cookie settings can always be changed via the link in the footer.
Manage options Manage third parties Manage vendors Read more about these purposes
View preferences
{title} {title} {title}